Every adult who gives their time to Scouting supports the development of young people and without them Scouting and the adventures it offers simply would not happen.

However, there are those who make an extra special contribution and carry out task and commitments outside of the requirements of their role and our Good Service and St George’s Day Awards are intended to recognise that additional contribution and thereby express the appreciation of the Association and in particular that of the Chief Scout.

There is no mystery in the way our Awards scheme works and this introduction for our County seeks to explain the procedures and how Commissioners can expect some assistance in making successful applications. All members of the Association whether uniformed or not may be eligible for awards sometime, however there are a set of strict rules which must be followed and standard forms to be completed.

In order to maintain a uniform National standard the Awards Board on behalf of the Chief Scout administers the rules. The information provided on the application form must give a real indication of the individuals’ extra special contribution to Scouting. The County Commissioner’s role is only advisory in nature.

These are awarded after 5, 10, 15, 20, 25, 30, 40, 50, 60 and 70 years’ service. They are normally generated automatically by the Headquarters Membership Management System so it is important to check that your own service, and that of anyone who you manage, is up to date on the system. If you know of someone who is overdue for a long service award, please ensure that their record is checked.

Occasionally, we hear of awards not being presented. if you or someone you know is missing an award we would like to hear from you. We are keen to award adults for their hard word and loyalty as volunteers with us.

The following awards are available:

The Chief Scout’s Commendation for Good Service – given in respect of not less than 5 years’ good service;

Award for Merit – given for outstanding service of not less than 12 years and 10 years exceptionally.

The Bar to the Award for Merit may be awarded after a period of not less than five years of further outstanding service.

Silver Acorn – awarded for not less than 20 years of specially distinguished service;

The Bar to the Silver Acorn may be awarded for at least a further 5 years of similarly distinguished service.

The Silver Wolf is the unrestricted gift of the Chief Scout and is only awarded for service of a most exceptional nature. It is not normally awarded until at least a Silver Acorn has been gained so it is seldom awarded for less than 30 years’ service.

In addition to the minimum periods of service shown above awards good service awards will not normally be made unless a period of at least five years has elapsed since the previous award.

Awards for Gallantry and Meritorious Conduct:

BECOME A MEMBER BECOME A VOLUNTEER

Happy VE Day! Here is the latest edition of The Ox … END_OF_DOCUMENT_TOKEN_TO_BE_REPLACED 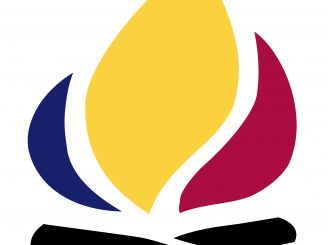 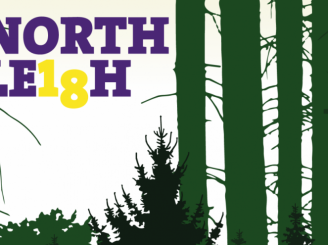 Happy VE Day! Here is the latest edition of The Ox … END_OF_DOCUMENT_TOKEN_TO_BE_REPLACED